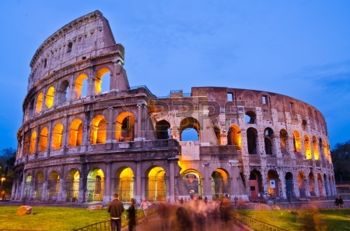 Here in Rome has been a lot of fuss few weeks ago about an article that appeared in the New York Times, which revealed a disturbing truth about Rome. For Roman readers, the article may have sounded something like: “Good morning American friends! Here is a revolutionary fact about the discovery of hot water!”; the second reaction was surely a combination of shame, sadness and embarrassment.

It is true that the quality of life in Rome has consistently decreased over the past few years on levels that, for roman citizens, have become totally unbearable. Moreover, due to the intense heat and to the humongous flow of tourists in the last few months, inefficiency in public services has also increased.

Now, you might ask yourselves why a blog like ours, whose intent is to promote Italian Culture and Language, Italian classes in Rome is discussing a subject that might scare away its own target? Let me tell you, it’s not just for honesty. There is indeed a good side in this wave of popular rage, at least from the linguistic point of view. Romans have always been skilled in making fun of themselves as well as other (especially powerful people, such as the immortal Giuseppe Gioacchino Belli or Pasquino used to do), and this time is no different.

Here’s a collection of roman jokes (with translation) about disservices and inefficiency that are plaguing the Eternal City.

DISCLAIMER: these jokes will contain prolific language. If you feel offended by foul language, read no further!

ON THE BUS\METRO
Un passeggero: “Aò ma quanno parte ‘sto cesso?” e l’autista “quanno se riempie de stronzi…”
A passenger: “Oi! When will this shitty bus depart?” The driver replies: “when it has been filled with shitty people…”
Actually, the passenger doesn’t use the expression di merda(shitty): he instead defines the bus cesso, which is a popular word for toilet often used to connote an object which looks shabby or dirty. The reply of the bus driver is along the same lines.

Un passeggero: “Aò, ma quanno parti?” e l’autista “quanno me danno ‘e ferie…”
A passenger: “Oi! When do you plan on leaving [departing from the station]?” “The bus driver replies “When they give me vacation days…”
This joke, underlining the infamous laziness of romans. One note: the expression aò, far from meaning anything, can be translated with the english interjection “oi!”.

ON A CROWDED BUS
“Aò, ce manca solo l’ojo!”
“All that is missing is the oil!” [for we’re packed in this bus like sardines]

Un passeggero: “A Capooo! Che m’apri de dietro?” e l’autista “come no! E si vieni qui te apro puro davanti!”
A passenger to the bus driver: “Chief! Can you open the rear doors [literaly: “can you open me from behind?”, sic!] The driver replies: “of course! And if you come here I will open you also from the front!”
Yes, roman bus drivers (such as passengers) can sometimes be rude.

IN THE CAR
[To a car driver who’s failing to start at the green light]
“Guarda che più verde de così nun diventa!”
“The light isn’t going to get any greener!”
Drivers in Rome may get very impatient. This is due to the proverbial traffic of the Eternal City, that also inspired artists such as Federico Fellini…

“A moro! C’avemo tre colori, e’ uscito er verde, che volemo fà?”
“Hey, you! If the light can only be one of three colors, and this one is green, what are we to do?!”
The expression moro (literally , “dark haired guy”) such as capo (literally chief) are often used as interjection disregarding the real appearence or status of the interlocutor

“’Sta strada c’ha così tante buche che se ariva l’ISIS pensa che hanno già bombardato!”
“This road has so many holes that it seems that the ISIS has already bombed us!”
This joke seem kind of nasty, but it is actually a reference to another set of jokes created when ISIS proclaimed it was going to invade Rome.

Time for enrolment at the Italian Cultural Institute