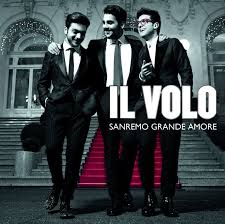 As you might have read if you are even just a little bit into italian pop culture, this year’s edition of  Sanremo Italian song festival has crowned Il Volo with the winning title.

Although this has been the most viewed edition in the last ten years, a lot of criticism has spread around the web. To many youngsters Sanremo still looks like an awful ruin of the days of old, something good to cheer up, once per year, the boring evenings of some nostalgic granpa around the Belpaese. And this might be true indeed, if you think that the (not so) dynamic trio that have triumphed last Saturday is offering an image of the canzone italiana which seems taken by brute force from the golden age of Mr. Volare, with a smart addition of some harmless features of modern pop music and a clear reference to the tradition of Italian pop opera (Andrea Bocelli, anyone?).

To set the record straight, we should aknowledge that these three boys were discovered and basically put together by Antonella Clerici during her dreadful talent show, aired every Saturday evening and called Ti lascio una canzone, in which a bunch of enfants prodiges (aged from 6 to 12) were given the opportunity to cover classics of the canzone italiana in an exhausting competition that have moved more than an housewife all over Italy. Nevertheless, ever since their winning exploit in Clerici’s show (year 2009), Il Volo have been able to climb international charts (Barbara Streisand seems to like them very much) but were basically unknown in their native country. This until last Saturday, when their melodic mixture of cheesy love lyrics and cheap references to the lyrical tradition seemed to have charmed the whole audience of the Festival. And this might be a good thing, right? Finally we are openly praising what foreigners really like about us, embracing the so called “made in Italy” and giving it some dignity even within national borders! Yay!

But can this nostalgic and pointless mixture of cliches be the only way we have to export our culture? To use a less engaging metaphor: do we have to overcook pasta to make it enjoyable by people all around the world? I don’t think so. And I think that Italian music, even in these times of social and cultural crisis, has much more to offer than a trio of teenagers that look and sound like IIWW veterans. 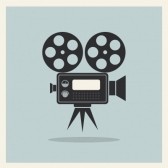