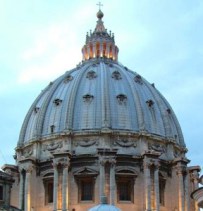 You might think I am going to provide you with the usual list of funny nicknames that Romans use to give to their family and friends. And yet, if you follow us and got to know well enough Rome and Romans, you should have learned that the creativity of this amazing people goes far beyond usual boundaries. As a matter of fact, in Rome even monuments and neighbourhoods have their nicknames.

Er cuppolone. Ok, this one was easy, being one of the symbols of Rome, along with the Colosseo (another nickname, by the way, since its real name is Anfiteatro Flavio). And if you think about it, calling this enormous, white church “the big cupole” is far more expressive than referring to it with the name of a (yet most prestigious) saint.

‘A machina da scrive – ‘a torta nuzziale – ‘a dentiera – er calamaio. It is impressive how many nicknames this controversial monument has been able to inspir during the last 100 years: in order, “the typewriter”, “the wedding cake”, “the denture”, “the inkwell”. Originally buit to commemorate the fallen soldiers of IWW, theVittoriano gained consideration among Romans for its distinctive shape, which in the opinion of many stands completely unrelated to the urbanistic landscape of Piazza Venezia. Being the symbol of EUR, the vast neighbourhood that Mussolini had built for the Universal Exposition of 1941, thePalazzo della Civiltà Italiana is indeed a rationalist reinterpretation of the famous amphitheater. With the usual perspicacity, Romans have been able to syntethize the main carachteristic of this architectural structure in just two words (“the squared Colosseum”). Chapeau.

Er Palazzaccio. On the right hand side of Castel S. Angelo stands this huge white building, once the central Courthouse and now home of the Supreme Court. Its nickname, formed by the addition of the pejorative suffix -accio to the nounpalazzo (“palace”), is due to its humongous size and to the fact that the entire palace seems built using rough stones.

L’Orinatoio. Parental advisory: here’s an example of how Roman people can become amusingly blasphemous. Whoever had the chance to take a train from Termini Station, surely noticed this bizarre statue of John Paul II, which have been inspiring jokes and laughs since its inauguration, in 2011. To understand why Romans use to call it “the urinal”, a quick look at this awful example of modern sculpture is more than enough…

As you might imagine, this list if far from being exhaustive. There are many more statues (er Pasquino, er Babbuino, l’Abbate Luiggi, er Marforio), buildings (er Dado, ‘a Scala Santa,er Fontanone) and even neighbourhoods (‘a Subburra) that could have been part of it. Is there anything like this in your city? Reply in the comments! 😉 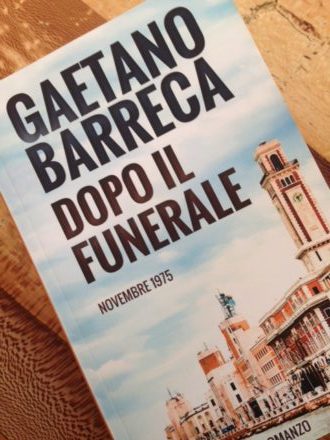 Life and death in Pompeii and Herculaneum- British Museum