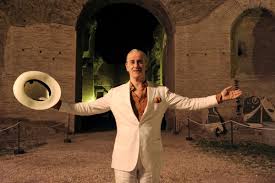 « everything lies underneath the idle talk, the noise, the silence and the feelings, the emotion and the fear … Rare and fickle sparks of beauty. And then the dreariness and the miserable »

After several months « The Great Beauty » is still debated among movie lovers : is the movie about Rome, about its inhabitants, about Italy’s decadent middle-upper class, or just a tale about a lost man and its nightmares?

Better leave these questions to professionals, and focus on the most enjoyable aspect of the movie : the visions of Rome. You could even watch the movie with no sounds (but you’ll miss a great soundtrack) and still enjoy it. Being a Roman I surprised myself staring with awe when the camera followed the main character in his solitary walks, though I actually made many times the same itineraries, watched the same palazzi, the same facades.

Director Sorrentino seems to suggest that Rome is so varied, so complicated, that you’ll always find some part of it in tune with your mood, as it happens to Jep, the cynical yet sensitive main character. So… where to go?

Let me help you here: if you just arrived and feel like you can party all night long… well it’s unlikely you’ll have the chance to dance on the ‘Martini’ terrace near Piazza Barberini as seen in the movie, but you’ll find plenty other terrazzas in the city centre or in the fashionable EUR neighborhood, many of them inside luxury hotels offering brunch and aperitifs. If you’re looking for something less sofisticated, reach ponte Mazzini and walk downstream to have a drink in Trastevere or upstream to have an aperitif in Jep favourite restaurant (the old, impressively frescoed « La Veranda »). After your party night, walk up in Gianicolo hill to Acqua Paola Fountain, or reach the Aventine hill where you can peer at Saint Peter’s dome from the world’s most famous keyhole (Villa Malta main gate) or rather from the gracious Giardino degli Aranci. Now take a deep breathe and witness the first sunbeams reflecting on the awakening city, as Romans have done for countless decades. Far from the crowd and noisy cars, you’ll finally have a glimpse of the city true splendour.

By now you’ve probably noticed that in both the movie and this article are missing some of Rome’s greatest landmarks : Trevi Fountain, the Colosseum, the Pantheon, Piazza di Spagna and Trinità dei Monti stairway (nobody in Italy have EVER called them ‘Spanish steps‘, mind you).

Apparently these places don’t belong to Romans anymore, stripped away from us by an uncontrolled, chaotic touristic business and given to the crowds of travellers ; but if you enjoyed our little walk so far, probably you’re now in the right mood and gladly ignore the endless waiting lines and the shouting would-be-gladiators. Humour me a little longer, and follow me to the breath taking Parco degli Acquedotti at sunset where Romans do sports, walk with their dogs, or just have a chat sitting below the huge acqueduct arches, watching the magnificent structure struggle with the centuries and, not to far on the east, the hillls of Castelli Romani. Now let’s have a pizza, meet some locals and relax : nobody here will try to force you into a club or a restaurant. If you want to go back to the city centre before the subway closes, hurry up and go see Piazza Navona, Palazzo Altemps or Via  Veneto at night ; you might actually come across actor Tony Servillo, as happened to me !

Languages are an opportunity 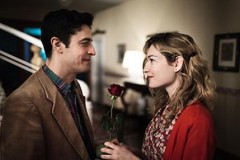