While lovers all over the world raise a glass to Saint Valentine today, residents and visitors in Sorrento will be celebrating the festival of Sant’Antonino, the city’s patron Saint.
Sant’Antonino Abate died on 14 February, 626 AD. He is credited with saving the life of a child swallowed by a whale and protecting Sorrento against plague and invasion.
Each year on the anniversary of his death, a silver statue of Sant’Antonino is carried in a procession through the streets of Sorrento and there are festive lights, fireworks, and musical events in his name.
Sant’Antonino’s body is buried in a crypt that became part of the Basilica di Sant’Antonino in Piazza Sant’Antonino, a magnificent church that dates from the 11th century, but has been added to and refurbished over the years.
There is a statue of the Saint among the palm trees in the middle of Piazza Sant’Antonino opposite Sorrento’s town hall.
Inside the Basilica, another statue of the Saint is surrounded by the many offerings from sailors who have been saved from shipwrecks over the centuries and believe it was thanks to the intervention of Sant’Antonino. 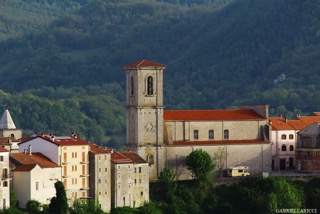 Where to study Italian: Agnone, Molise

Languages are an opportunity